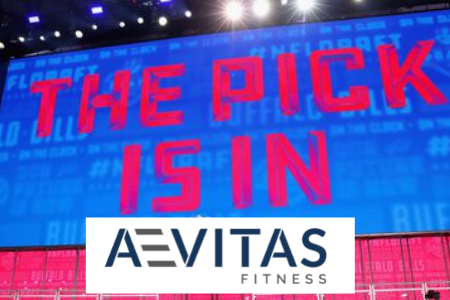 Welcome to the 2022 Aevitas Open! We're excited to get this three-week party started, and we hope you are too!

For everyone that signed up for the Aevitas Open in-house team competition this year - thank you! You exceeded our initial expectations of ~50 athletes, with a whopping 80 athletes signing up to participate!  That's great!

Now it's our turn to deliver with a fun and engaging team competition! The first step? Divide everyone into four killer teams, of course!

On Friday, Feb 18th, your Aevitas Coaches (aka the Aevitas Open Team Captains) got together for a team draft.  Draft pick order was decided by CrossFit trivia! Coach Dave and Coach Pick received first draft pick.

Captains went through the list of registered athletes one by one, choosing a team they feel can compete well in the 2022 Open.  Each team has a mix of Rx and Scaled athletes, as well as a fairly even distribution of male/female, and Guilderland/Round Lake athletes.

Immediately following the closed-door draft, we opened up a Zoom call for any athletes wishing to get a first glimpse at their teams, and hear directly from the captains regarding how each team member was chosen, and what each captain is most looking forward to in the coming weeks.

If you missed the team announcement (what? You had other Friday night plans?!), no worries!

Aevitas Open participants have been emailed to inform them of their team assignments.  Also, the full roster is copied below for reference.  If you have signed up for the open and did NOT receive an email, or you do NOT see yourself on the lists below - please reach out ASAP so we can make sure nothing is missed!

For a full recap of the team announcement call, including thoughts from the coaches as to why this is going to be the best Open yet, you can check out the Zoom recording right HERE!

Good luck to all the athletes and teams! Let's make the 2022 Aevitas Open the most memorable yet!